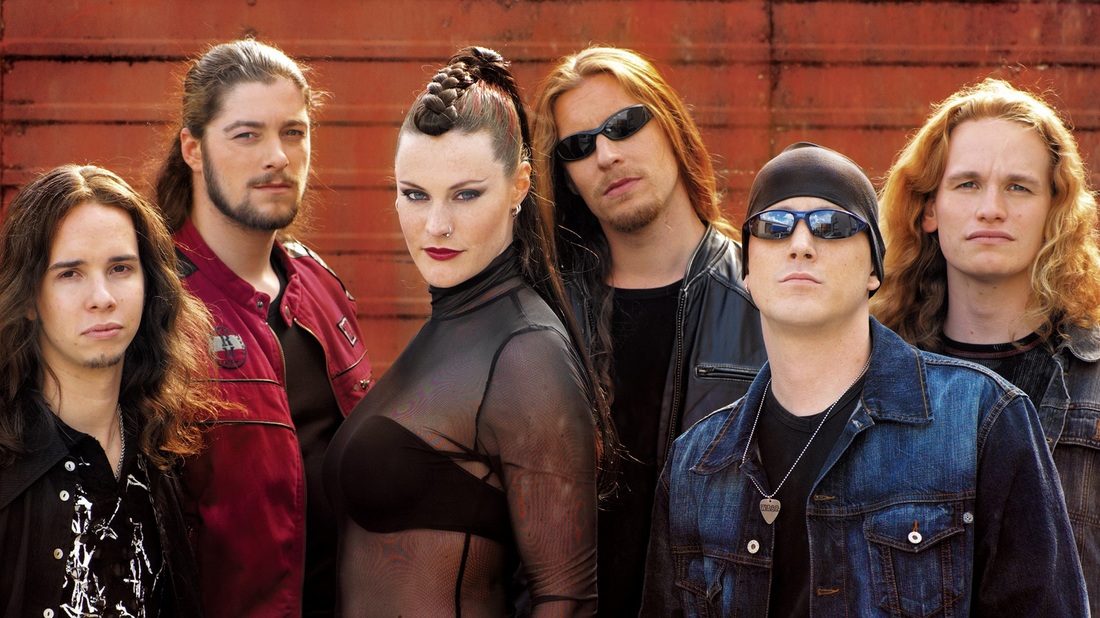 It's not the first time a band chooses to self-title their x-th album. In most cases - remember Stratovarius - it is an indication of a new start. In a way, this could also be executed on Dutch symphonic metal band After Forever. After a 6 to 7-year stay with the late Transmission Records, including a painful finale due to doubtful management of the label that also caused Ayreon and Epica to flee, they ran into the supportive arms of international metal major Nuclear Blast. "After Forever" is the band's debut on this label. Secondly, what they put down on this disc reminds me of their early years. Although "Invisible Circles" and "Remagine" were both fine efforts, the band has never equalled the dynamics and adrenaline raising songwriting of their heavy first releases "Prison Of Desire" and "Decipher" in my view. Until now?
It's as if the Dutchies wanted to make "After Forever" a perfect resume of what they stand for musically, that is no pigeon holes and metal being the only constant factor. It's been since those early albums I've just written about, that Sander Gommans' grunts were this brutal, keyboards, laid down by talented youngster Joost van den Broek (Sun Caged), this prominent, Floor Jansen's voice this varied, choruses this haunting and production this tight. The latter is courtesy of Gordon Groothedde, described by Gommans as 'an atypical metal producer'. Groothedde, introduced to the band by the aforementioned van den Broek, has worked with Dutch artists as Intwine, K-otic, Barry Hay (Golden Earring) and American female vocalist Beth Hart in the past.
Throughout the whole disc, After Forever has intelligently used a real symphonic orchestra (from Prague), which gives the desired result: a dynamic, powerful wall of sound built with metal bricks and classical cement. Listening to songs as openers "Discord" and "Evoke", you'd think strings are every day instruments in this genre. Also interesting is the very fast, almost chaotic "Transitory", especially the instrumental/choir bridge around the second minute! This song leads to "Energize Me", easily recognizable as first single because of its mainstream structure, singalong chorus and blistering guitar solo, but up there in the "Nemo" class of highly accessible gothic metal tunes. Floor then lowers her voice for "Equally Destructive", a heavy rocking tune that would have been a good choice as first single if the world was only inhabited by metal heads. After that, the band quickly accelerate for the impressive, brutal "Withering Time" and the pace is kept up during the equally aggressive and misleadingly titled "De-Energized", which includes some progressive elements in its bridge and a guest appearance by guitarist Jeff Waters (Annihilator). Next up are the very decent ballad "Cry With A Smile" and the anthem-like "Envision" with its nice piano riddles. "Who I Am" features ex-Warlock songstress Doro Pesch in a powerful duet with Floor, followed by the longest track on the album, the impressive "Dreamflight". The album finally fades out with the calm "Empty Memories".
I personally think "After Forever" is the band's best album to date. It'll be hard for them to top this. I'm sure they'll try however and I hope they're successful doing so! Be sure to catch them on their lengthy tour. They'll perform in Latin America, where they're quite popular by the way, the US of A, France, England, the Czech Republic, Germany, Belgium and their home country.
Stijn Lambert, May 2007