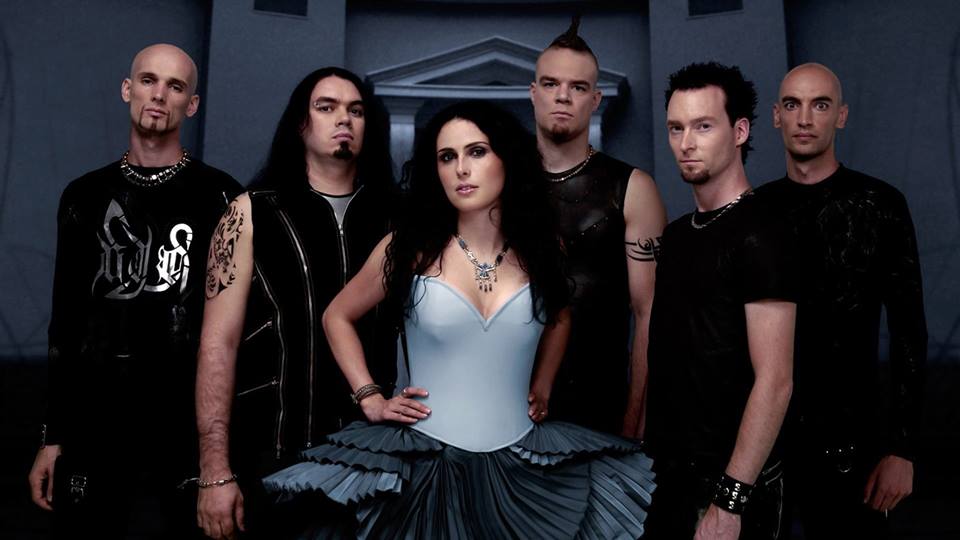 Lots of things happened since last time Dutch symphonic metal outfit Within Temptation was featured in Rock Report. Their second album, called "Mother Earth", got a quite positive review from yours truly back then, almost a year before the song "Ice Queen" from that album surprisingly and suddenly turned them into chart regulars, especially in the Benelux. You would expect a band to keep on serving dinner while it's hot, but thanks to the fact that their success could be prolonged with more singles and a cover of Kate Bush's "Running Up That Hill", from the eponymous EP, the band was able to take their time writing new songs and recording a new album. Now, 3 years after the original release of "Mother Earth", they have delivered that new brainchild, strongly titled "The Silent Force".
A few weeks before the actual release of this album, the single "Stand My Ground" was made available as an appetiser, the accompanying video clip being aired on many TV stations. Although I immediately liked it, I got a bit worried that they would make a radical change from their old material, because of the commercial and Evanescence like sound of the song. After having heard the full album several times now, I can't deny that they've definitely changed into a more accessible musical direction. Whoever liked their previous work will like "The Silent Force" though, as there's enough variety to keep everyone satisfied. There are film like pieces, many heavy moments, dreamy ballads and the aforementioned more commercial singalong tunes. The album, recorded and mixed at studios in Holland, Belgium, Russia and Sweden, starts very impressive with the catchy duo "See Who I Am" and "Jillian (I'd Give My Heart)", followed by the heavier album version of the single, the strong ballad "Pale", of which the mystical atmosphere reminded me of the soundtrack of The Lord Of The Rings trilogy, and the powerful and bombastic "Forsaken". More towards the end of the album, "Aquarius", "It's The Fear" and "A Dangerous Mind" (there's that Evanescence feel again), all perfect material for a second single, manage to charm me with every spin. Although "The Silent Force" is, as expected, much more commercial than "Mother Earth", it's a very strong album and in my opinion the best that this Dutch band have delivered up to now. I still prefer their fellow countrymen of Epica and After Forever, but there is definitely room left for a more commercial variant like this. By the way, don't hesitate to order the limited edition of this album, as it includes the charming bonus track "The Swan Song" and a multimedia part with the "Stand My Ground" video clip, a behind the scenes documentary, a photo gallery and a screensaver.
Stijn Lambert, November 2004